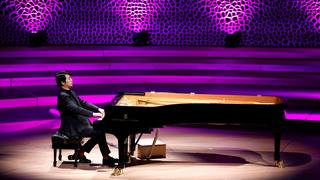 This month we feature a new SPIRIOSYNC video with Lang Lang performing the classic Jasmine Flower recorded at the Elbphilharmonie in Hamburg. This thrilling performance is part of our updated playlists to celebrate the Lunar New Year, which this year falls on January 22nd.

Rising star Mackenzie Melemed debuts on SPIRIO this month with performances that were recently recorded at Tanglewood. His performances of Bach’s First Partita and Beethoven’s Op. 54 Sonata showcase the remarkable talent of this STEINWAY ARTIST.

And this month we feature a wealth of new performances of the music of the Ragtime King, Scott Joplin. Simon Mulligan has explored the complete set of rags and performs an extended set of the most popular and lesser-known works.